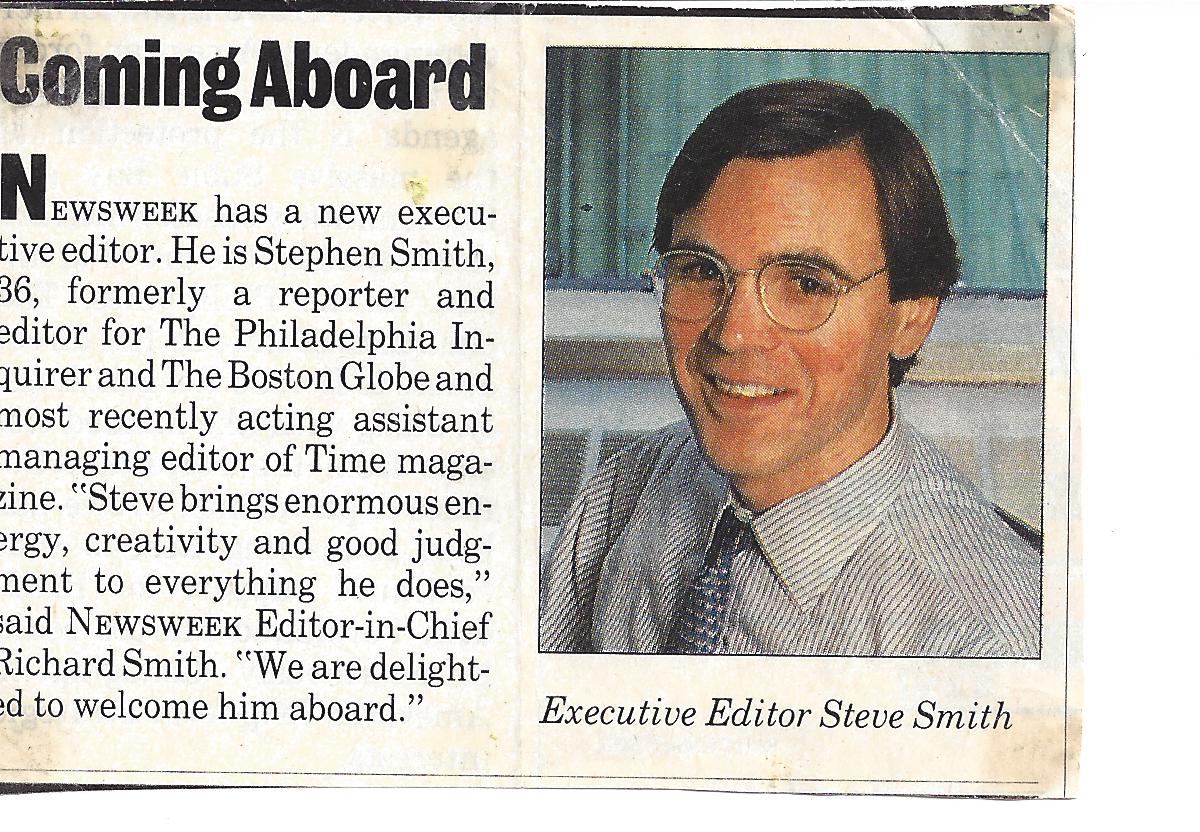 The last time I heard from this man he was rushing down my street trying to find another man who was trying to run away with me. I was 21 years old, Steve was 36 and married to Sally Bedell Smith and he tracked down my parents on the phone and told them the news.
A colleague/friend, (also age 36) was in love with me and had told his wife he was leaving her — to marry me!  We had to do something!  “But she’s 21,” my mother told him. “They’re both adults. Maybe they know what they are doing.”  Steve hung up at that. He ran across town to where I lived, (how he found out I don’t know; must have checked my file at work, TIME Magazine, where he had hired me as a teenager). Steve stood in the foyer of my building buzzing all the buzzers to all of the apartments so he could get in. The buzzer was actually broken, so no luck there, and no one to let him into the building either.  He went out and started using the phones. But my phone was off the hook.  He must have tried all night. Because the first time we plugged the phone back in Steve was there!  It was six-thirty in the morning.  He was just a few minutes away.  “Oh, no,” moaned my lover backing away from the phone. Oh, yes. “I know he’s there,” Steve told me. “Let me speak to him.” As TIME said, above, “Steve brings enormous energy, creativity and good judgement to everything he does.”

Author of 52 Men, Since You Ask, and others Also in The Rumpus, Tin House, Fiction Advocate, Gargoyle.
View all posts by louisewleonard →
This entry was posted in memory, Uncategorized and tagged Stephen G Smith, TIME. Bookmark the permalink.