Posted on September 25, 2014 by louisewleonard 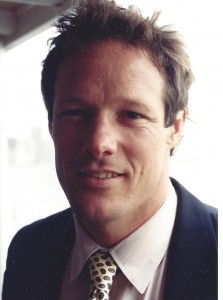 o Paul Derecktor, son of the founder of Derecktor Shipyards — the “Billionaire’s Boatyard” in Mamaroneck, NY. Rumor had it back in the day that his father Bob — about 70 years old at at the time — was about to retire and sail around the world with his new wife. Only his wife, who was 32, had hurt her back and was bedridden.

Bob was what they sometimes call “popular with women.” And his son Paul — handsome, charismatic, with — as someone other than me — put it recently  “ice blue eyes and a somewhat hurried impatient air” was said to be the same.

Some months after Paul and I met cruising New York Harbor, he got quietly married. When my editor asked him about this he replied, “who wants to know?”

Some people just get away from us. So I was somewhat sad to hear this week that the famed Derecktor Shipyards has twice, recently, declared bankruptcy.  It has the proportions of Greek tragedy, at least to me.  Some people are born entitled. What happens to them, if all is lost? Are they still impatient? Do they still possess their  imperturbable stillness?  Recent updates reveal Derecktor is on an upswing. Still waters running deep. Thy ships will come in over a calm sea...

Author of 52 Men, Since You Ask, and others Also in The Rumpus, Tin House, Fiction Advocate, Gargoyle.
View all posts by louisewleonard →
This entry was posted in memory, Stories, Uncategorized and tagged Yachting. Bookmark the permalink.