All Gravy, From Now On: The James Jones First Novel Award

Posted on November 8, 2015 by louisewleonard 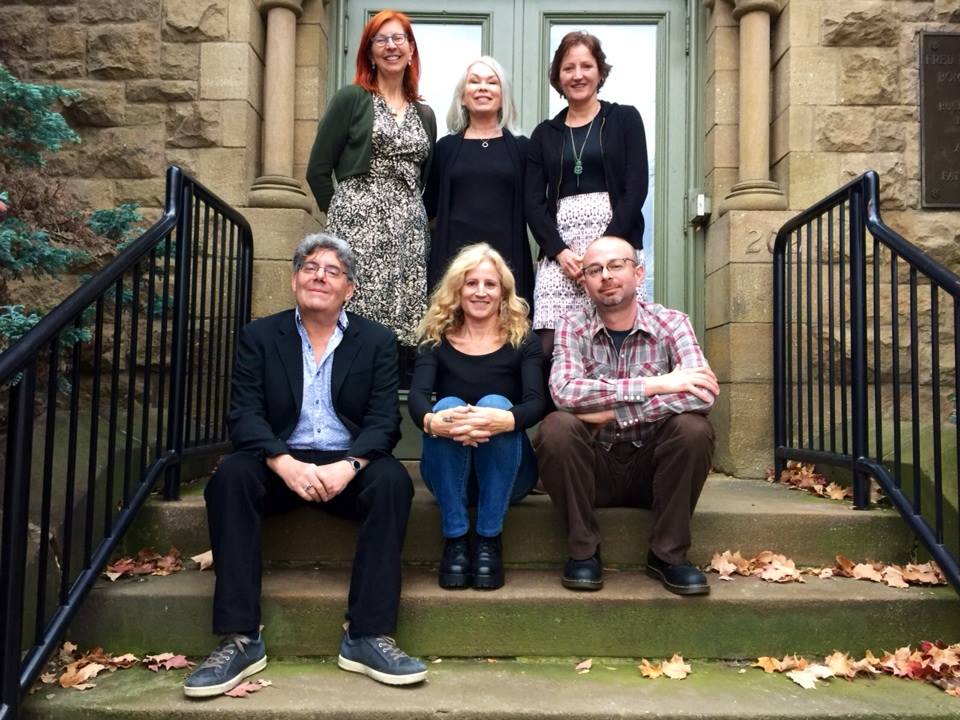 You know what’s better than being a winner? Than being a winner who gets up on stage and collects a prize for Best First Novel and a check in the thousands of dollars, and the feeling that Yes, from here on in it’s All Gravy for Me?

Being a past winner: being a past winner with a bunch of other past winners, as above two days ago, at Wilkes University in PA with six winners of the annual James Jones First Novel Award, founded by Jones’ daughter, novelist and writer Kaylie Jones.

And why is it better? Because when you win, — let’s face it — you are younger than you are now, and when you are young and you have worked hard, and been praised, and been fortunate, you think — let’s admit it — you think somewhat, well, Yes, Of course! I deserve it! You  you think you have been recognized — (for what you already were); you think this selection of you is a result of you and your oft praised ability and your hard work.

But some years after the win, as all of us in the photo above are, you realize that you were lucky.  That every writer around you has worked and struggled and despaired and doubted themselves.  That writers “as good as” or more “brilliant” than you are born every day.

At the same time, charming new James Jones winner Cam Terwillinger  writes in this piece that after taking a trip abroad recently, in an effort to expand himself and be different — and then discovering himself abroad with hundreds of other people his age striving in exactly the same way to be different — that he no longer believes he is “original,” and that there is no such thing as the original self:

After meeting all these folks, you have to realize that no matter what you do or where you go you will never be truly unique. It’s liberating in a way to realize that originality is a myth.

With this, I strongly disagree.  We are all original — and good writers most of all. To be a good writer, one must turn oneself inside out; one must become an Inimitable Self. No writer is any good until he/she discovers his/her original self.

But two, ten or in my case 16 years after being chosen out of some 600 manuscripts as the “best,” you realize that luck was shining on you all the time: that you, too, are the gifted one that understands as the poet Louise Gluck understands:

The darkness lifts, imagine, in your lifetime..  Everywhere you turn is luck….