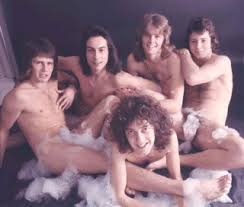 “It is a conceit so simple and ingenious that you wish you had thought of it yourself: 52 men — a few boys, many man-boys; 52 short fictional vignettes that evoke them.

“Memory has a way of reducing people to their essence, like a piece of sea glass honed to a bright, beautiful nub. This is, needless to say, a process that’s useful to a writer. “It seems to me,” says Carter, an introspective, sensitive 16-year-old who later commits suicide, “that sometimes people, especially girls […] have one beautiful little gesture they make, one characteristic thing.” For Leonard, the statement is something like a literary ethos.

“In interviews, Leonard has been transparent about the fact that she’s writing from experience (“Every story is a man and a memory that lives with me all the time”), and my guess is the names, while providing a thrilling little frisson, are also nonfictional stakes tethering the stories to the real world.

“They feel truthful, in part because, for all their weird specificity, they’re almost eerily universal…We all have such stories, and many of us have a deep and insistent urge to tell them. “We tell ourselves stories in order to live,” Joan Didion wrote, in one of her most frequently quoted (and misunderstood) lines.”

Amanda Fortini on 52 Men in the LARB SPring 2016 and online: Why Can’t You Be Sweet