Here it is, the worst book ever. At least from a writer’s point of view. I was first excited when I saw it. Not being the most brilliant human being in the world, I love short handed ways of learning about complicated subjects. And diagrams, illustrations, ways to see truths I might otherwise not see — awesome.

So I swept up this book from its library shelf, a book designed to teach complicated matters to simple folks. And it was great, at first. I read it outside the library, happy as could be, smiling at toddlers, children. But then I got stuck on this page to teach me about boats. What was that, I wondered, looking at the boat’s flag, called “sign.”? Why not call it a flag? And what was this, calling a boat’s deck a “floor.”? It’s not a floor, it’s a deck. And what about describing a majestic ship’s masts as front stick, middle stick, back stick? Or a figurine at the bow of a boat a “pretty part?” I liked “hanging beds” – that was cute -but otherwise, as someone once said of my collected life’s work, this was bullshit.
(More below the pic). 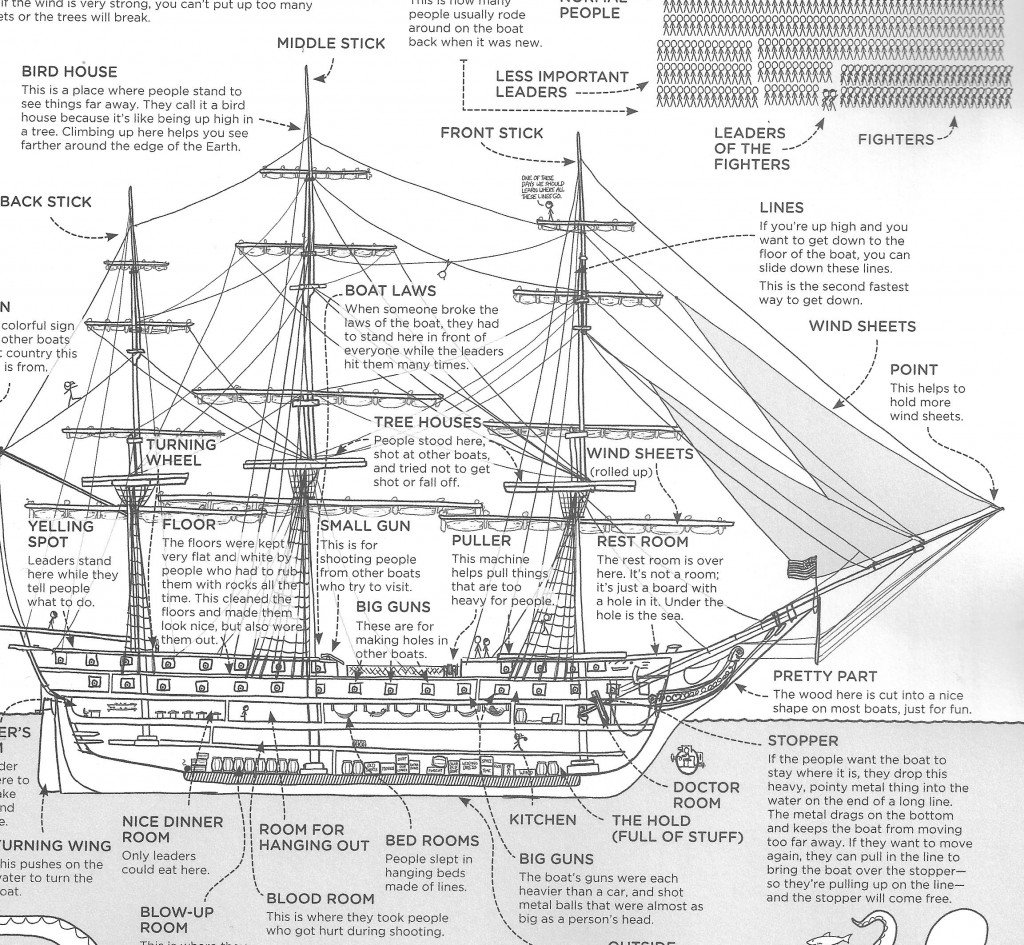 What the hell was going on here? I decided to read the intro, by bestselling New York Times author Randall Munroe.  He had decided, because people didn’t need big words, to create a book (Thing Explainer) explaining complex subject matter using only the most common words (ten hundred to be exact) the very very very average person uses.

“I’ve spent a lot of my life worried that people will think I don’t know enough. Sometimes, that worry has made me use big words when I don’t need to.”

Randall Munroe*, you 31-year-old cartoonist, stick to cartoons. You’re killing us out here, us word liking people. Killing us, softly, with  your words (ok that get’s a lol).

Wikipedia: Munroe worked as an Independent contracting roboticist for NASA at the Langley Research Center before and after his graduation. In October 2006 NASA did not renew his contract and he began to write full-time.