Posted on December 13, 2016 by louisewleonard

Three new podcasts up on 52 Men the Podcast in the past 24 hours; all young women with wild and differing voices:

Rebecca Baumann reads her startling story on the male gaze, expectancy and giving with “The Chocolate Box.” A Southern California native, Rebecca is the Managing Editor of the Los Angeles Review and Publicist at Red Hen Press.

Lisa Locascio reads “The Pearl Sings To The Oyster Knife,” from her chapbook-in-progress Transmigration Spellwork. Lisa is Visiting Assistant Professor of Creative Writing at Wesleyan University, co-publisher of Joyland Magazine, and editor at 7×7, a magazine of ekphrastic collaboration between artist and writers. Her novel, Jutland Gothic, will be published by Grove Atlantic in 2018. 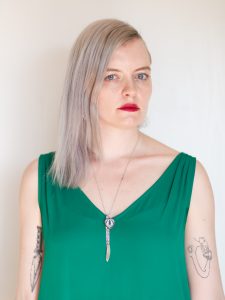 And Megan Giddings reads “Three Boyfriends” originally published in “Passages North” is a graduate of Indiana University’s MFA program and the co-Fiction Editor of The Offing. Her chapbooks, Arcade Seventeen (TAR) and The Most Dangerous Game (The Lettered Streets Press) were published in December 2016. She has short stories forthcoming or that have been recently published in Arts & Letters, Best Small Fictions 2016, Black Warrior Review, and Pleiades. Special thanks to Darcy Cosper who introduced me to her through her awesome work at The Offing. 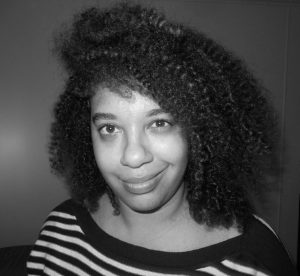